Instead of defining the lattice in our python script, we can use of one the pre-defined lattices from Pybinding:

To illustrate a different type of disorder, we add random on-site energies that follow a Gaussian distribution

where we define the type of statistical distribution, the sublattices they are located, the mean value of the distribution and its width.

After configuring the system, as presented in section Getting Started, it is time to set the calculation:

The optical conductivity can also be calculated in different directions, which can be quite interesting in the case of Hamiltonians with non-trivial topology that also present transverse optical conductivity. However, in this example we focus on longitudinal optical conductivity. The other quantities that can be set in the python script are the same as for the calculation of the density of states: number of energy points used in KITE-tools, moments in the expansion, random vectors and disorder realisations.

The results of the real and imaginary parts of the optical conductivity presented in the first figure were obtained on a normal desktop with calculations that took 8 minutes for a system with N=512 x 512 units cells and 512 expansion moments. 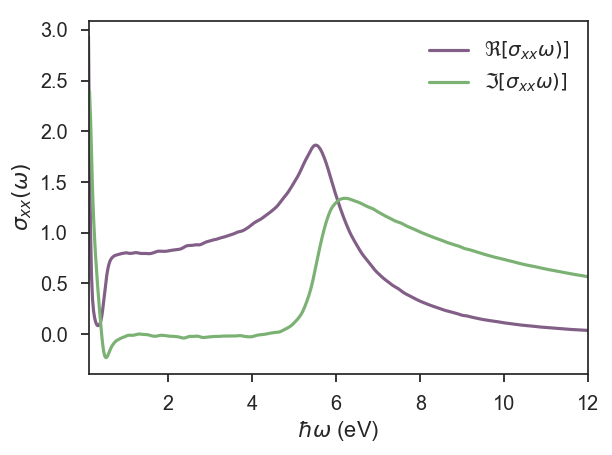 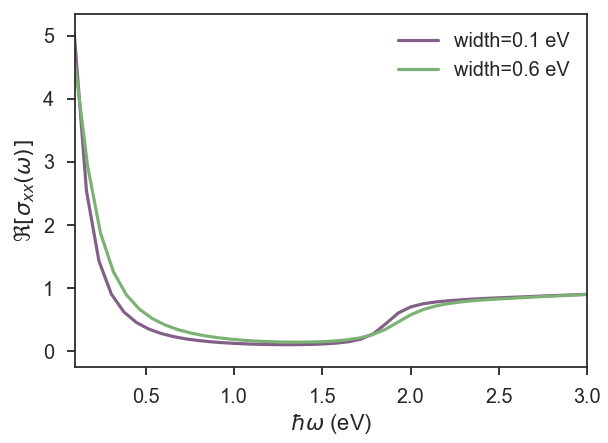 The complete python script for this calculation can be found here.